1918 Opening of Buffalo City Hospital at Grider Street location to be commemorated with variety of celebrations during centennial year; Celebrating a Century of True Care is centennial’s theme.

BUFFALO, NEW YORK- On March 19, 1918, the then new Buffalo City Hospital at 462 Grider Street opened as a public general hospital with 415 beds and the resources to provide special care for tuberculosis patients and those with acute communicable diseases. And so began the century of healthcare services being delivered from ECMC’s campus on the East Side of the City of Buffalo. In planning for the future hospital in 1916, the architects Green & Wicks wrote in publication The Modern Hospital, “The ideal hospital…will be so arranged, constructed, and administered as to make each patient realize on leaving that [their] stay has been made as comfortable and pleasant as possible.”

ECMCC President and CEO Thomas J. Quatroche Jr., Ph.D. said, “We are honored and privileged in 2018 to commemorate the 100th anniversary of the hospital, recognizing all of the thousands of remarkable physicians, nurses and support staff who established the Buffalo City Hospital, nurtured it through the era of Meyer Memorial Hospital and today have continued the tradition at ECMC of delivering quality healthcare services for every patient who comes into our care. Ours is a remarkable history, punctuated by groundbreaking medical care and cutting-edge medical education that distinguish ECMC as a leading hospital for our region, state and beyond. We look forward to sharing ECMC’s tremendous historical legacy throughout this year.”

Included in ECMC’s centennial celebration plans in 2018 are the following activities:

Beginning December 28th and concluding on March 18, 2018, ECMC will post via social media historical facts about the hospital’s origins and development over the past 100 years.

On Sunday March 18th, the hospital will host on its campus a Community Celebration to commemorate the centennial.

A special commemorative history of the hospital will be published as part of the Community Celebration.

Various facts that will be shared as part of the 100 Days of ECMC, include: 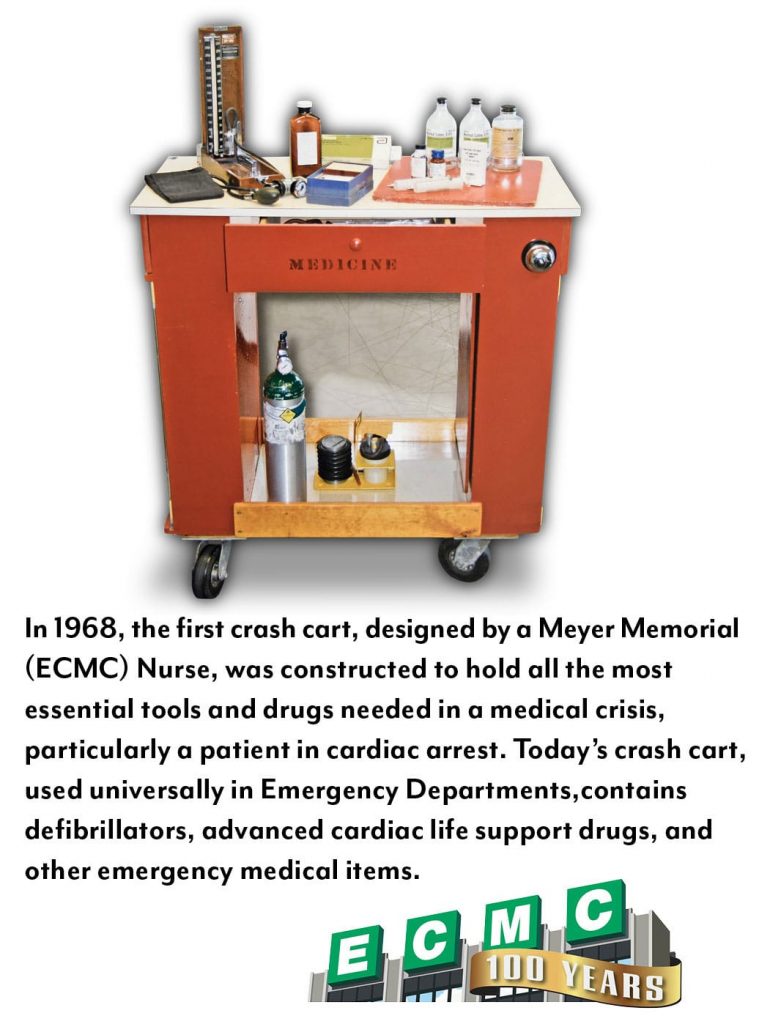 ABOUT ERIE COUNTY MEDICAL CENTER (ECMC) CORPORATION: The ECMC Corporation was established as a New York State Public Benefit Corporation and since 2004 has included an advanced academic medical center with 583 inpatient beds, on- and off-campus health centers, more than 30 outpatient specialty care services and Terrace View, a 390-bed long-term care facility.  ECMC is Western New York’s only Level 1 Adult Trauma Center, as well as a regional center for burn care, behavioral health services, transplantation, medical oncology and head & neck cancer care, rehabilitation and a major teaching facility for the University at Buffalo.  Most ECMC physicians, dentists and pharmacists are dedicated faculty members of the university and/or members of a private practice plan.  More Western New York residents are choosing ECMC for exceptional patient care and patient experiences-the difference between healthcare and true care™.