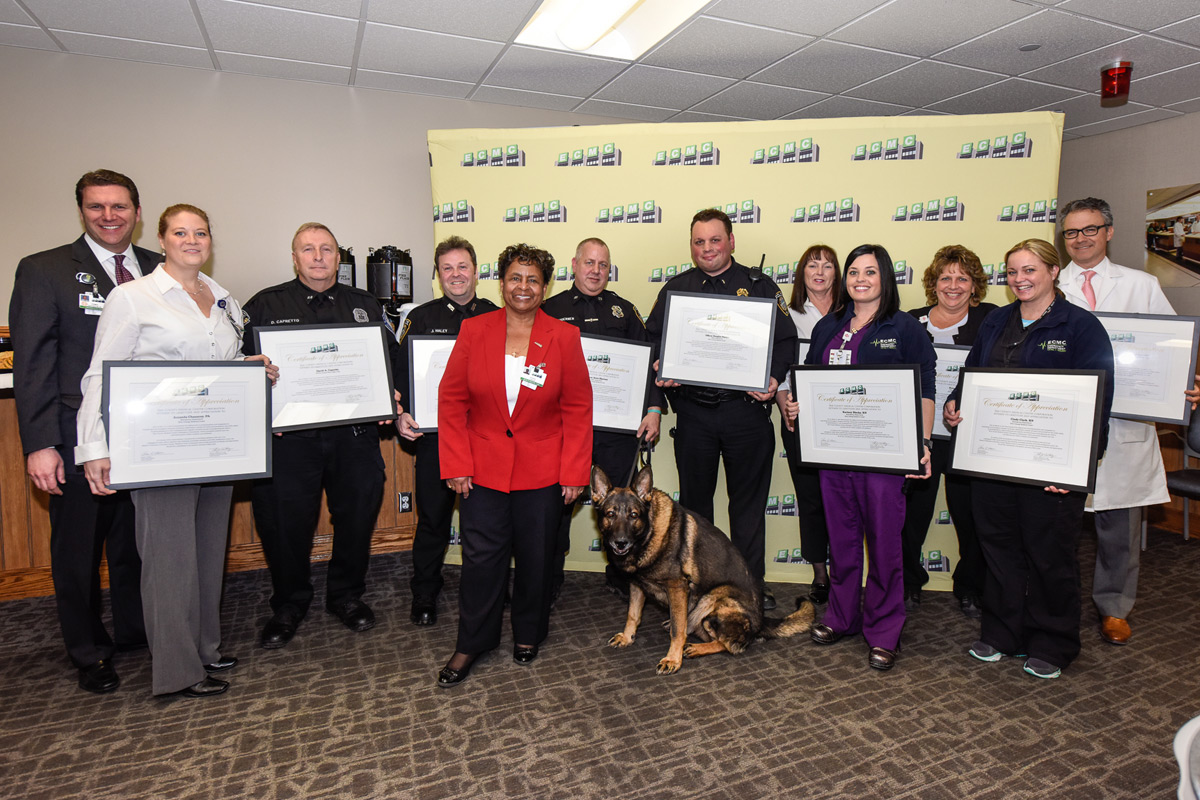 The ECMC Board of Directors presented Certificates of Appreciation to members of the NFTA Transit Police, ECMC Police and the ECMC Emergency Department for their coordinated effort on March 15, 2017 in saving the life of a defenseless infant, who was rescued by NFTA Transit Police Officer David Capretto and transported by Officer Capretto to ECMC’s Emergency Department.The Board commended the group for having “demonstrated the highest level of professionalism and compassion in responding to an emergency situation involving a defenseless 3-month-old infant and provided for the child’s safety by participating in a well-coordinated and expertly executed process of transporting the child to Erie County Medical Center’s Emergency Department, where immediate medical care was provided and the child’s condition was stabilized.”

View the Officer Certificate
View the Certificate of Appreciation Presentation 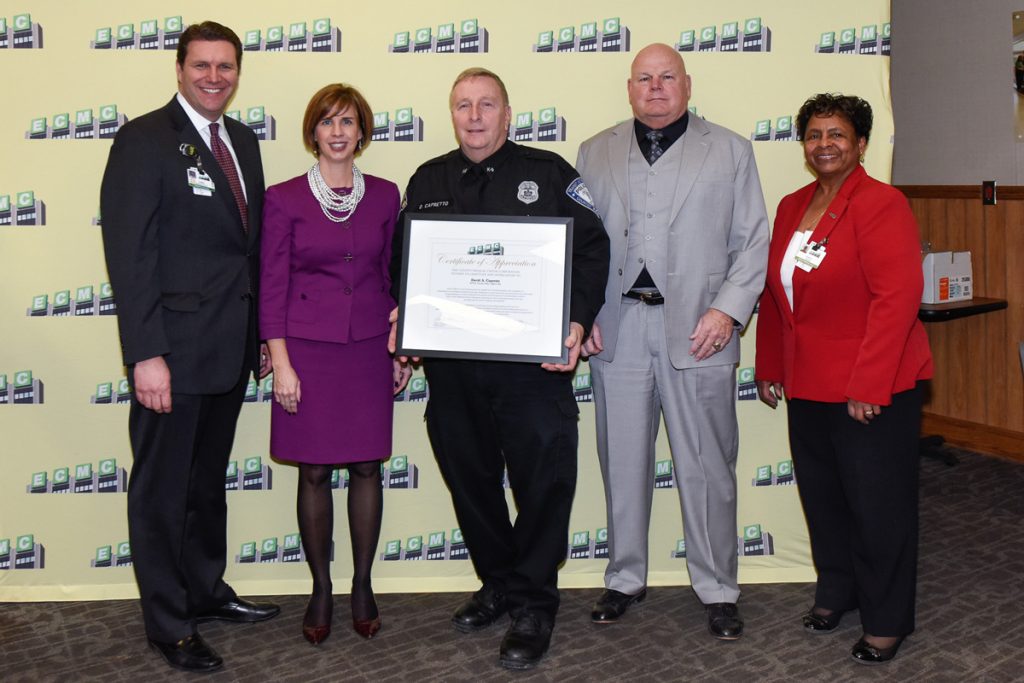